Genius and Spotify’s “Behind the Lyrics” explains song lyrics through the eyes of the artist. 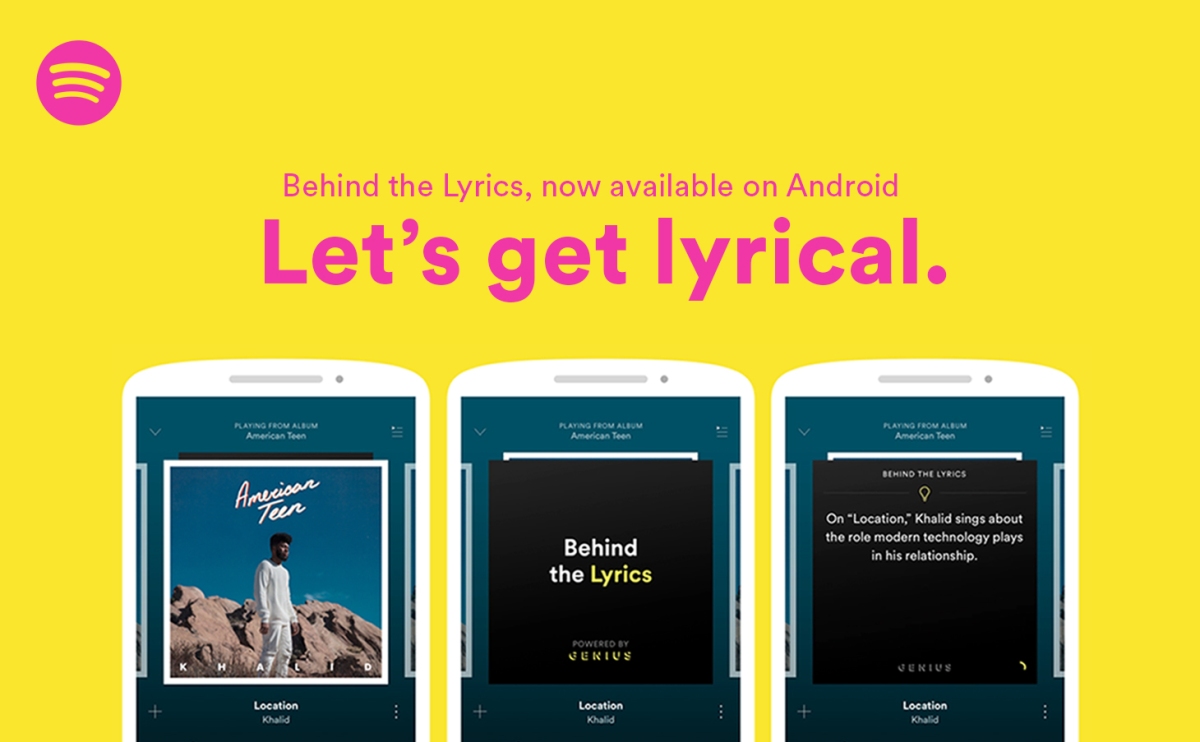 Often times more than not, we find ourselves looking up lyrics to our favorite songs by our favorite artists. However; we may be unaware of the artists’ true intent behind a certain lyric. Genius, the media knowledge company that hosts a community of users annotating lyrics taps into Spotify for a huge collaboration. Their collaboration is in the form of an app called “Behind the Lyrics.”

With their “Behind the Lyrics” feature backed by both companies coming to Android, hip-hop fans can satisfy their need for knowledge behind any song. Originally introduced to iPhone iOS last year, the program was called “Fact Tracks” in which users where given artist anecdotes as the music streamed.

Alternative-R&B artists Khalid celebrates the Android expansion by sharing why he believes in Behind the Lyrics.

In an interview with HipHopDX, Khalid says, “You listen to a record, and you interpret it in your own way. But with this, you can see what the artist felt. ‘Maybe it means this.’ Music can mean anything you want.”

Spotify users can listen to the “Behind The Lyrics: Hip Hop” and “Today’s Top Hits” playlists to kick off the new Spotify and Genius collaboration.