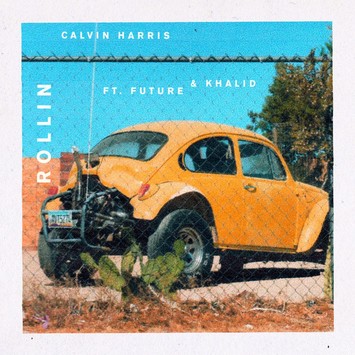 Calvin Harris, the Scottish DJ and hit-maker responsible for songs such as “How Deep is Your Love” and “This Is What You Came For”, strikes again with yet another summertime banger.

These past few months, Harris gave us the Frank Ocean and Migos-assisted “Slide”, followed by “Heatstroke” featuring Young Thug and Ariana Grande. While pairing  up artists that seem virtually incompatible, Harris has proved critics wrong making his most recent releases his best ones to date.

Thankfully it doesn’t look like he’ll be slowing down anytime soon. Calvin’s upcoming project, Funk Wav Bounces Vol. 1, along with the project’s cover art, was announced this past Tuesday (May 9) via his Twitter. Furthermore, he dropped more heat to keep us satisfied until June 30th, his album release date.

As always, let me know what you think in the comments section!